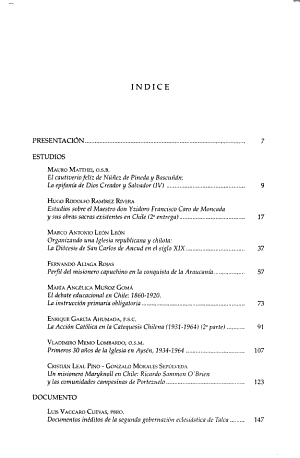 Authors: Lawrence Boudon
Categories: Social Science
Type: BOOK - Published: 2005-02-01 - Publisher: University of Texas Press
"The one source that sets reference collections on Latin American studies apart from all other geographic areas of the world.... The Handbook has provided scholars interested in Latin America with a bibliographical source of a quality unavailable to scholars in most other branches of area studies." —Latin American Research Review Beginning with volume 41 (1979), the University of Texas Press became the publisher of the Handbook of Latin American Studies, the most comprehensive annual bibliography in the field. Compiled by the Hispanic Division of the Library of Congress and annotated by a corps of more than 130 specialists in various disciplines, the Handbook alternates from year to year between social sciences and humanities. The Handbook annotates works on Mexico, Central America, the Caribbean and the Guianas, Spanish South America, and Brazil, as well as materials covering Latin America as a whole. Most of the subsections are preceded by introductory essays that serve as biannual evaluations of the literature and research under way in specialized areas. The Handbook of Latin American Studies is the oldest continuing reference work in the field. Lawrence Boudon, of the Library of Congress Hispanic Division, has been the editor since 2000, and Katherine D. McCann has

Authors: Ricardo Daniel Cubas Ramacciotti
Categories: Religion
Type: BOOK - Published: 2017-10-30 - Publisher: BRILL
In The Politics of Religion in Peru (1884-1935) Ricardo Cubas Ramacciotti offers an account of the Catholic Church’s responses to the secularisation of the State and society along with an appraisal of the contributions of Social Catholicism in post-independence Peru.

The Lawyer of the Church

Authors: Pablo Mijangos y Gonzalez
Categories: History
Type: BOOK - Published: 2015-06 - Publisher: U of Nebraska Press
Mexico's Reforma, the mid-nineteenth-century liberal revolution, decisively shaped the country by disestablishing the Catholic Church, secularizing public affairs, and laying the foundations of a truly national economy and culture. The Lawyer of the Church is an examination of the Mexican clergy's response to the Reforma through a study of the life and works of Bishop Clemente de Jes�s Mungu�a (1810-68), one of the most influential yet least-known figures of the period. By analyzing how Mungu�a responded to changing political and intellectual scenarios in defense of the clergy's legal prerogatives and social role, Pablo Mijangos y Gonz�lez argues that the Catholic Church opposed the liberal revolution not because of its supposed attachment to a bygone past but rather because of its efforts to supersede colonial tradition and refashion itself within a liberal yet confessional state. With an eye on the international influences and dimensions of the Mexican church-state conflict, The Lawyer of the Church also explores how Mexican bishops gradually tightened their relationship with the Holy See and simultaneously managed to incorporate the papacy into their local affairs, thus paving the way for the eventual "Romanization" of Mexican Catholicism during the later decades of the century.