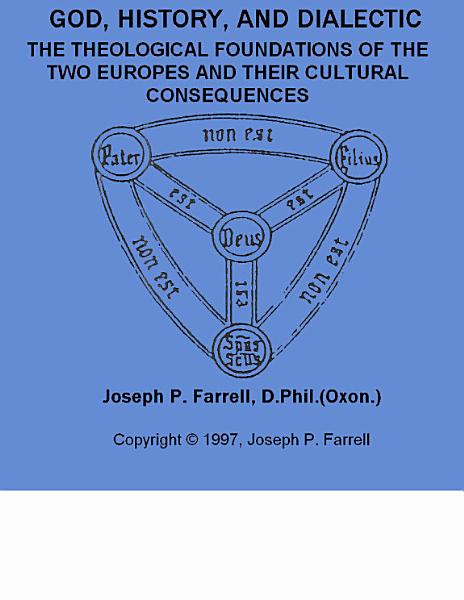 Histories of the Hidden God

Authors: April D DeConick, Grant Adamson
Categories: History
Type: BOOK - Published: 2016-04-08 - Publisher: Routledge
In Western religious traditions, God is conventionally conceived as a humanlike creator, lawgiver, and king, a being both accessible and actively present in history. Yet there is a concurrent and strong tradition of a God who actively hides. The two traditions have led to a tension between a God who is simultaneously accessible to humanity and yet inaccessible, a God who is both immanent and transcendent, present and absent. Western Gnostic, esoteric, and mystical thinking capitalizes on the hidden and hiding God. He becomes the hallmark of the mystics, Gnostics, sages, and artists who attempt to make accessible to humans the God who is secreted away. 'Histories of the Hidden God' explores this tradition from antiquity to today. The essays focus on three essential themes: the concealment of the hidden God; the human quest for the hidden God, and revelations of the hidden God.

Authors: Laurence W. Wood
Categories: Religion
Type: BOOK - Published: 2005 - Publisher: Emeth Press
This book argues for an integrative dialectic of faith and history. It is a fresh examination of the problem of faith and history. Instead of being a mere liability, it is argued here that the strength of the Christian faith is its historicity. Although modern thought was not always friendly to Christian faith because of its deeply embedded dualism, it raised the critical intellectual issues that Christian theology needed to address. Advancing a more critical understanding of the nature of history than modern thought was generally able to achieve because of its dualistic thinking, this work argues for an integrative dialectic of historical probability and the certainty of faith. "This book gives a comprehensive and fascinating account of the development of the idea of history in correspondence to changing conceptions of the divine reality, from its origin in Ancient Israel and in Greece all the way to the contemporary discussion. It focuses on the rise of critical historical investigation in modern times and on the struggle of modern theology to come to terms with it. It is an important contribution to this discussion. The split between fact and meaning is persuasively identified as a main obstacle and it is shown

Theology and the Dialectics of History

The Dialectic of Knowing God in the Cross and the Creation

Authors: Joseph Poggemeyer
Categories: Bibles
Type: BOOK - Published: 2005 - Publisher: Gregorian Biblical BookShop
The apostle to the Gentiles presents a dilemma when in 1Cor 1,21 he asserts that human beings did not know God and in Rom 1,21 that they did. Consistent truth emerges as both of these verses resonate with echoes from Eden and Calvary. Thus, both pericopes in the present study point to the cross as the place where human cognizance of the divine happens most profoundly. The former verse brings to the fore the need for a domain of faithful obedience as a foundation for the human divine relantionship...The word of the cross grasps Christians by the power of the Holy Spirit. Hence human knowledge of God the ultimate goal involving both the cross and the creation, springs from the very life of the Trinity. Joseph Poggemeyer, studies at the Gregorian University I for his licence and doctorate in biblical theology.

The Dialectics of Sense and Spirit in Pater & Joyce

Authors: Frank Moliterno
Categories: Literary Criticism
Type: BOOK - Published: 1998 - Publisher: Elt Press
Modernist scholars have written a handful of comparative studies on Pater and Joyce. Frank Moliterno's The Dialectics of Sense and Spirit in Pater and Joyce is the first booklength exploration into the aesthetic development of these writers that underscores the importance of Pater in Joyce's works. Much of Pater's and Joyce's aesthetics evolves from the dialectical tension between the sensual and the spiritual. The Paterian-Joycean syntheses of basic antinomies - religion and sensuality, empiricism and idealism, Aristotelian mimesis and aestheticism - result in kindred theories of art. Moliterno's highly readable account of the intellectual affinity between the two authors searches their relationship and Joyce's potential debt to Pater. In four main chapters Moliterno discusses the transition of Pater and Joyce from priests to artists and the parallel ways they portray this process in fiction; traces the Paterian elements of the aesthetics of Stephen Dedalus and of the mature Joyce; compares Pater's epiphanies with Joyce's to reveal how Pater helped shape the Joycean epiphany; and analyzes the similar epistemologies behind the development of Pater's and Joyce's aesthetics.

Authors: W. David Soud
Categories: Literary Criticism
Type: BOOK - Published: 2016-07-01 - Publisher: Oxford University Press
Recent critical studies of late modernism have explored the changing sense of both history and artistic possibility that emerged in the years surrounding World War II. However, relatively little attention has been devoted to the impact of poets' theological deliberations on their visions of history and their poetic strategies. Divine Cartographies: God, History, and Poiesis in W. B. Yeats, David Jones, and T. S. Eliot triangulates key texts as attempts to map theologically driven visions of the relation between history and eternity. W. David Soud considers several poems of Yeats's final and most fruitful engagement with Indic traditions, Jones's The Anathemata, and Eliot's Four Quartets. For these three poets, working at the height of their powers, that project was inseparable from reflection on the relation between the individual self and God; it was also bound up with questions of theodicy, subjectivity, and the task of the poet in the midst of historical trauma. Drawing on the fields of Indology, theology, and history of religions as well as literary criticism, Soud explores in depth and detail how, in these texts, theology is poetics.