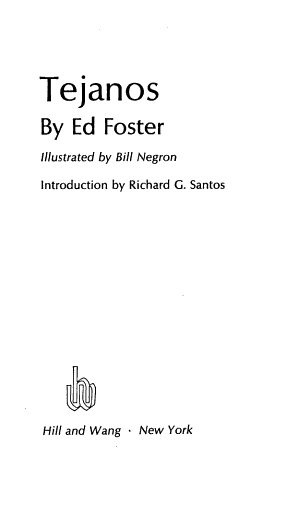 Authors: Gabriela González
Categories: History
Type: BOOK - Published: 2018-07-17 - Publisher: Oxford University Press
"Redeeming La Raza examines the gendered and class-conscious political activism of Mexican-origin people in Texas from 1900 to 1950. In particular, it questions the inter-generational agency of Mexicans and Mexican Americans who subscribed to particular race-ethnic, class, and gender ideologies as they encountered barriers and obstacles in a society that often treated Mexicans as a nonwhite minority. Middle-class transborder activists sought to redeem the Mexican masses from body politic exclusions in part by encouraging them to become identified with the nation-state. Redeeming La Raza was as much about saving them from traditional modes of thought and practices that were perceived as hindrances to progress as it was about saving them from race and class-based forms of discrimination that were part and parcel of modernity. At the center of this link between modernity and discriminatory practices based on social constructions lay the economic imperative for the abundant and inexpensive labor power that the modernization process required. Labeling groups of people as inferior helped to rationalize their economic exploitation in a developing modern nation-state that also professed to be a democratic society founded upon principles of political egalitarianism. This book presents cases of transborder activism that demonstrate how the politics of respectability

Authors: Camilla Campbell
Categories: Mexico
Type: BOOK - Published: 1970 - Publisher: Random House Trade
In the first of these two stories, a fourteen-year-old boy aids rebels in the 1810 Mexican struggle against Spain. In the second, a young girl is involved in the conflict caused by the French invasion of Mexico in 1862.

Authors: Lorena V. Márquez
Categories: History
Type: BOOK - Published: 2020 - Publisher:
La Gente traces the rise of the Chicana/o Movement in Sacramento and the role of everyday people in galvanizing a collective to seek lasting and transformative change during the 1960s and 1970s. In their efforts to be self-determined, la gente contested multiple forms of oppression at school, at work sites, and in their communities. Though diverse in their cultural and generational backgrounds, la gente were constantly negotiating acts of resistance, especially when their lives, the lives of their children, their livelihoods, or their households were at risk. Historian Lorena V. Márquez documents early community interventions to challenge the prevailing notions of desegregation by barrio residents, providing a look at one of the first cases of outright resistance to desegregation efforts by ethnic Mexicans. She also shares the story of workers in the Sacramento area who initiated and won the first legal victory against canneries for discriminating against brown and black workers and women, and demonstrates how the community crossed ethnic barriers when it established the first accredited Chicana/o and Native American community college in the nation. Márquez shows that the Chicana/o Movement was not solely limited to a handful of organizations or charismatic leaders. Rather, it encouraged those that were

Authors: Antonio José Ríos-Bustamante
Categories: Mexican Americans
Type: BOOK - Published: 1993 - Publisher:
In light of the #MeToo movement, this bilingual poetry collection joins the widespread unearthing of survival stories. From relationship violence, to self-empowerment through 'artivism', to community engagement: these poems portray womanhood as a becoming. Each poem is a testament that documents feelings of shame, anger, disillusionment, and eradicates of the silence of trauma.