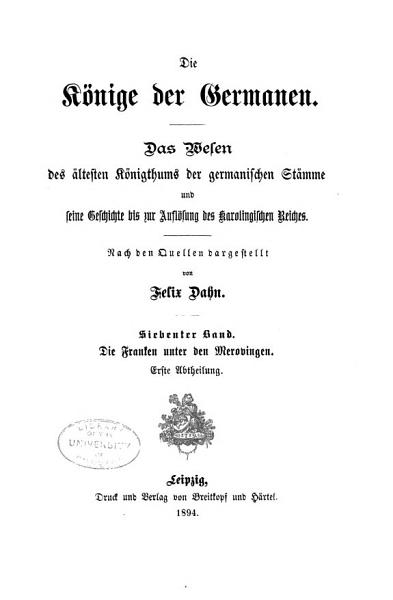 Portraying the Prince in the Renaissance

Authors: Patrick Baker, Ronny Kaiser, Maike Priesterjahn, Johannes Helmrath
Categories: Literary Criticism
Type: BOOK - Published: 2016-06-20 - Publisher: Walter de Gruyter GmbH & Co KG
The portrayal of princes plays a central role in the historical literature of the European Renaissance. The sixteen contributions collected in this volume examine such portrayals in a broad variety of historiographical, biographical, and poetic texts. It emerges clearly that historical portrayals were not essentially bound by generic constraints but instead took the form of res gestae or historiae, discrete or collective biographies, panegyric, mirrors for princes, epic poetry, orations, even commonplace books – whatever the occasion called for. Beyond questions of genre, the chapters focus on narrative strategies and the transformation of ancient, medieval, and contemporary authors, as well as on the influence of political, cultural, intellectual, and social contexts. Four broad thematic foci inform the structure of this book: the virtues ascribed to the prince, the cultural and political pretensions inscribed in literary portraits, the historical and literary models on which these portraits were based, and the method that underlay them. The volume is rounded out by a critical summary that considers the portrayal of princes in humanist historiogrpahy from the point of view of transformation theory.

Authors: Marta Celati
Categories: Literary Criticism
Type: BOOK - Published: 2020-12-17 - Publisher: Oxford University Press
Conspiracy has been a political phenomenon throughout history, relevant to any form of power from antiquity to the post-modern era. This means of resistance against power was prevalent during the Renaissance, and the Italian fifteenth century, in particular, can be regarded as an 'age of plots'. This book offers the first full-length investigation of Italian Renaissance literature on the topic of conspiracy. This literature covered a range of different genres and it enjoyed widespread diffusion during the second half of the fifteenth century, when the development of this literary production was connected with the affirmation of centralized political thought and princely ideology in Italian states. The centrality of conspiracies also emerges in the sixteenth century in Machiavelli's work, where the topic is closely interlaced with problems of building political consensus and management of power. This volume presents case studies of the most significant humanist texts (representative of different states, literary genres, and of prominent authors—Alberti, Poliziano, Pontano—and minor, yet important, literati), and it also investigates Machiavelli's political and historical works. Through interdisciplinary analysis, this study traces the evolution of literature on plots in early Renaissance Italy. It points out the key function of the classical tradition and the recurring narrative

Authors: Pope Pius II
Categories: History
Type: BOOK - Published: 2013-11 - Publisher: CUA Press
This popular text circulated widely in manuscript form and was printed in several editions between the late 15th and the early 18th centuries, in Latin, German, and Italian. The present volume represents the first time this work has been translated into English, bringing its colorful narrative to the attention of a wider audience. This edition also provides extensive footnotes, an appendix of rulers, and a lengthy introduction to Aeneas?s life and the context and relevance of this work.

Authors: Emily O'Brien
Categories: History
Type: BOOK - Published: 2015-10-05 - Publisher: University of Toronto Press
Written in the mid-fifteenth century, Pope Pius II’s Commentaries are the only known autobiography of a reigning pontiff and a fundamental text in the history of Renaissance humanism. In this book, Emily O’Brien positions Pius’ expansive autobiographical text within that century’s contentious debate over ecclesiastical sovereignty. Presenting the Commentaries as Pius’ response to the crisis of authority, legitimacy, and relevance that was engulfing the Renaissance papacy, she shows how the Commentaries function as both an aggressive assault on the papal monarchy’s chief opponents and a systematic defense of Pius’s own troubled pontificate and his pre-papal career. Illustrating how the language, imagery, and ideals of secular power inform Pius’ apologetic self-portrait, The Commentaries of Pope Pius II (1458–1464) and the Crisis of the Fifteenth-Century Papacy demonstrates the role that Pius and his writings played in the evolution of the Renaissance papacy.

Authors: Matthias Roick
Categories: Philosophy
Type: BOOK - Published: 2017-02-23 - Publisher: Bloomsbury Publishing
First secretary to the Aragonese kings of Naples, Giovanni Pontano (1429-1503) was a key figure of the Italian Renaissance. A poet and a philosopher of high repute, Pontano's works offer a reflection on the achievements of fifteenth-century humanism and address major themes of early modern moral and political thought. Taking his defining inspiration from Aristotle, Pontano wrote on topics such as prudence, fortune, magnificence, and the art of pleasant conversation, rewriting Aristotle's Ethics in the guise of a new Latin philosophy, inscribed with the patterns of Renaissance culture. This book shows how Pontano's rewriting of Aristotelian ethics affected not only his philosophical views, but also his political life and his place in the humanist movement. Drawing on Pontano's treatises, dialogues, letters, poems and political writings, Matthias Roick presents us with the first comprehensive study of Pontano's moral and political thought, offering novel insights into the workings of Aristotelian virtue ethics in the early modern period.

The Oxford History of Historical Writing

Authors: José Rabasa, Masayuki Sato, Edoardo Tortarolo, Daniel Woolf
Categories: History
Type: BOOK - Published: 2012-03-29 - Publisher: OUP Oxford
Volume III of The Oxford History of Historical Writing contains essays by leading scholars on the writing of history globally during the early modern era, from 1400 to 1800. The volume proceeds in geographic order from east to west, beginning in Asia and ending in the Americas. It aims at once to provide a selective but authoritative survey of the field and, where opportunity allows, to provoke cross-cultural comparisons. This is the third of five volumes in a series that explores representations of the past from the beginning of writing to the present day, and from all over the world.